One of the most universally cited frustrations of Android users is the slow pace at which mobile service carriers release updates. Unlike the iPhone, it is generally up to cell phone providers to determine when their customers receive Android updates. Without much incentive to provide updates immediately, many cell phone users who have Android phones are consequently left waiting indefinitely. 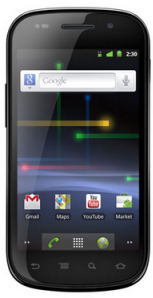 This will change when Google’s Nexus S is released next week in the U.S. and shortly thereafter in the United Kingdom. The predecessor to the Nexus One, the Nexus S is manufactured by Samsung Electronics. A service contract can be purchased in the U.S. starting on December 16 through T-Mobile.

The Nexus S will come with all the advanced features you would expect from a smartphone of its caliber. Its biggest draw though is probably that it comes pre-installed with the latest Android release: Gingerbread (2.3).

Since Google is also Android’s primary developer, the company promises to release Android updates to the Nexus S more quickly than other phones will likely receive it. This is just one part of what the company is calling the “pure Google experience” new Nexus S owners will be able to take advantage of. This additionally means that the third-party software that burdens other Android phones will not be a problem for users of the Nexus S.

For smartphone users who want the latest Android technology as quickly as it’s available, then, the Nexus S seems like a good bet.

If you liked this article then you'll love our newsletter!

Join us to receive hilarious memes, photo galleries, tips&tricks, and the best games!